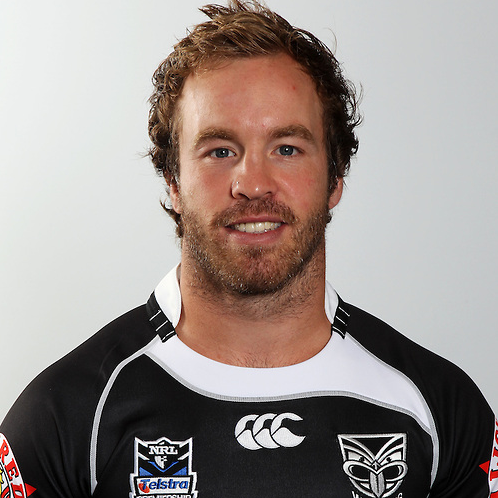 Henderson made his National Rugby League premiership debut for the Sydney Roosters against the Parramatta Eels in Round 1 of the2003 NRL season. After two years at the Roosters he moved to Parramatta however did not achieve more game time and left half way through the 2005 NRL season.

Henderson signed with the Bradford Bulls in 2005, where he made a massive impact in helping Bradford win the championship. He played for the Bradford Bulls at hooker in their 2005 Super League Grand Final victory against Leeds Rhinos. As Super League champions Bradford faced National Rugby League premiers Wests Tigers in the 2006 World Club Challenge. Henderson played at hooker in the Bulls' 30-10 victory. On 23 June 2007, the New Zealand Warriors announced they had signed Henderson for two years.

Henderson made his debut for the Warriors in Round 1 2008, playing against the Melbourne Storm. In May 2009 the Warriors announced they had re-signed him until the end of the 2011 season. On the 23 August, it was announced by the Warriors that they had released Henderson from the final year of his contract so he could sign a three year deal with Catalans Dragons in the Super League starting in 2011.

Ian represented Scotland in the RLWC2013 while playing for the Catalans Dragons.

Henderson returned to the Roosters in 2016 after spending five seasons playing for the Catalans Dragons in the Super League.

Henderson was coached by Trent Robinson in two of the five seasons he played at Catalans.