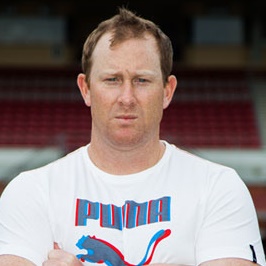 Brendan Inkster, better known as “BJ”, grew up on the Northern Beaches of Sydney and studied Human Movement at the University of Technology Sydney, graduating in 2007. He completed a Masters Degree (by thesis) in 2010 at UTS, specialising in biomechanics.

Whilst completing his Masters, BJ undertook a voluntary strength and conditioning role with mentor Donny Singe at the Manly Sea Eagles. This role developed from year to year, landing him a Rehabilitation coaching Role in 2011. He was then promoted High Performance and Rehabilitation Coordinator for the Manly Warringah Sea Eagles NRL Squad.

In addition to his work with the Sea Eagles, Brendan is the Head Strength and Conditioning Coach for the Italian Rugby League team, primarily responsible for the 2013 Rugby League World Cup campaign. BJ also works with numerous individual athletes and amateur sporting teams.

His currently the Strength, Power and Rehab Coach for the New Zealand Warriors.