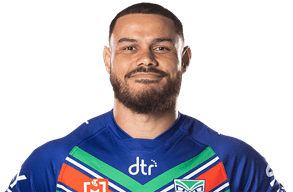 Wiliame was born in Gosford, New South Wales, Australia and is of Fijian-Rotuman descent.

He played his junior football for the Woy Woy Roosters, Umina Bunnies and Central Coast Harold Matthews Cup and S. G. Ball Cup squads, before signing a 3-year contract with the Melbourne Storm.

In October 2010, Wiliame played for the junior Fiji team.

On 1 October 2014, Wiliame signed a two-year contract with the Manly-Warringah Sea Eagles starting in 2015.

He made his debut for the Manly-Warringah Sea Eagles in round 3 of the 2015 NRL season against the Canterbury-Bankstown Bulldogs.

On 2 May 2015, Wiliame played for Fiji against Papua New Guinea in the 2015 Melanesian Cup.

On 7 May 2016, Wiliame played for Fiji against Papua New Guinea in the 2016 Melanesian Cup.

After 23 first grade games with Manly-Warringah Sea Eagles, Wiliame was granted a release from his contract with the club on 9 November 2016 in order to take up a two-year deal with the Catalans Dragons in the Super League.

He played in the 2018 Challenge Cup Final victory over the Warrington Wolves at Wembley Stadium.[14]

On 16 September 2021, it was announced that Williame had been released by St. George Illawarra.