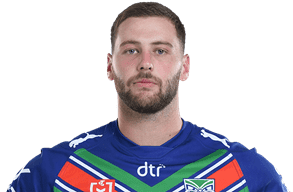 You are using an out of date browser. It may not display this or other websites correctly.
You should upgrade or use an alternative browser.
Overview Gallery Discussion
Bayley Sironen

Contracted till end of
2023

Sironen played his junior rugby league for the Holy Cross Rhinos, before being signed by the Wests Tigers.

In 2017, Sironen graduated to the Tigers' Intrust Super Premiership NSW team. In round 25 of the 2017 NRL season, he made his NRL debut for the Tigers against the North Queensland Cowboys. He was contracted to the Tigers until the end of 2018

In 2018, Sironen was selected to play for the New South Wales Residents against the Queensland Residents side. On September 5, Sironen signed a one year deal to join South Sydney for the 2019 season after failing to secure a first grade spot with Wests.

Sironen made his debut for an Origin depleted South Sydney side (first grade player #1151) in round 12 of the 2019 NRL season against Parramatta which ended in a 14-26 defeat at the new Western Sydney Stadium.

In round 7 of the 2020 NRL season, Sironen scored his first try in the top grade as South Sydney were defeated by Penrith 20-12 at Bankwest Stadium.