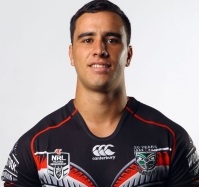 Born in Palmerston North, New Zealand, Pewhairangi played his junior football for the Te Aroha Eels before being signed by the Newcastle Knights in 2009. He played for the Knights' NYC team from 2010 to 2012, captaining the side in 2012. However Pewhairangi could not break into the first-grade side.

In 2013, Pewhairangi moved to the Parramatta Eels and played for the Wentworthville Magpies in the NSW Cup. In Round 9 of the 2013 NRL season he made his National Rugby League debut for the Eels on 11 May 2013 against the Brisbane Broncos.

On 27 November 2014, after attending an open trial for their NSW Cup side, Pewhairangi signed with the New Zealand Warriors for the 2015 season.

He was released mid season to play rugby union for Connacht Rugby having never played a game for the Warriors.