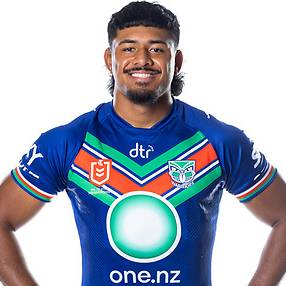 Played junior league for the Papatoetoe Panthers before playing 1A 1st XV for Kings College where he played centre. Also represented rugby league representative teams Counties Stingrays while at Kings then played for Auckland after.

In 2021 he was part of the Warriors extended squad based in Australia. He was part of the clubs SG Ball team before the competition was cancelled due to COVID. He then played for the Redcliffe Dolphins.
Share:
Share