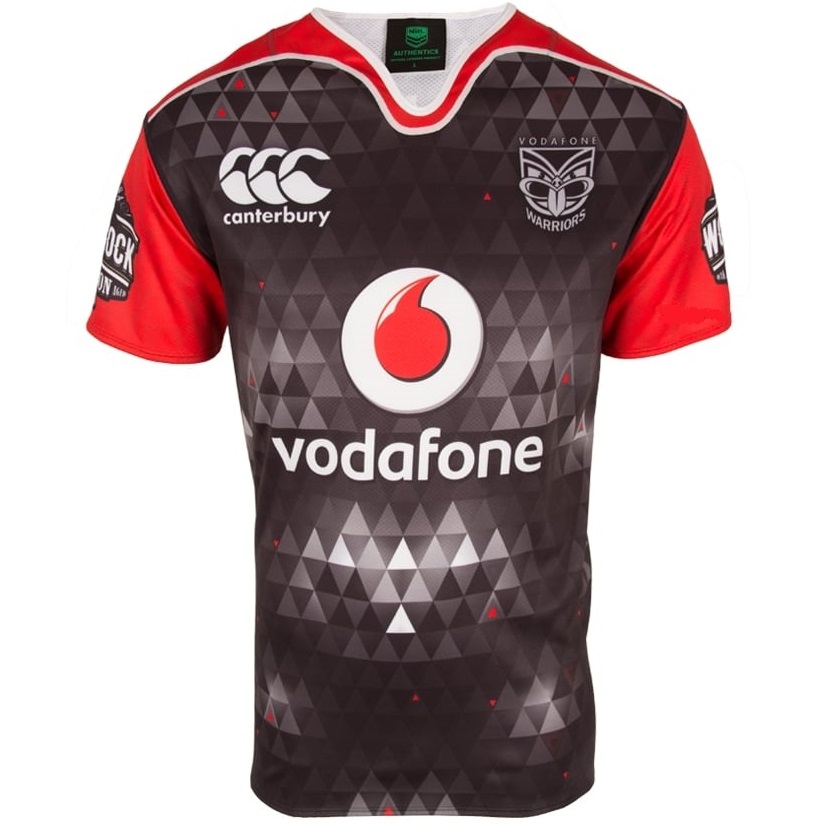 In Maori culture the triangle traditionally represents a battle formation, with warriors assembled side by side. The shape of a triangle also symbolises having a strong base and being grounded – both of which are core club values.

This jersey is a replica of what your team will wear in pre-season trial games and offensive training sessions in 2017.

Players jersey were the same design as the retail version but made of a lighter material, had GPS pockets and a white NRL number on the back. Below is the players list for those that played in the trial game these jerseys were worn.