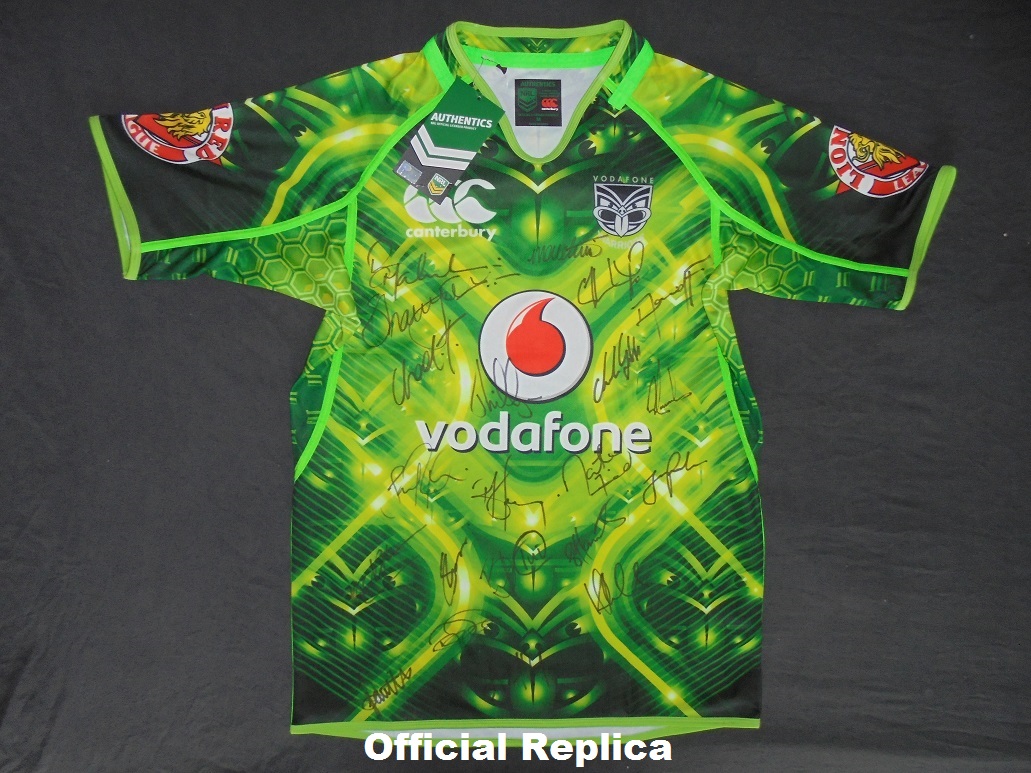 Known as the High Voltage training jersey. Was worn during all three of the Warriors trials against the Gold Coast Titans at North Harbour Stadium, Wigan Warriors at Waikato Stadium and Brisbane Broncos at Forsyth Barr Stadium.


CHECK THROUGH THE IMAGE GALLERY OF THIS POST TO VIEW THE DIFFERENT TYPES AVAILABLE​
OFFICIAL REPLICA - Still available on some online stores. Was heavily discounted by the Warriors online store hitting a low of $75.

PLAYERS JERSEY - Same as the official replica but with a white number, taper and GPS pocket.

After the trials the jerseys were used by the club as training jerseys during offensive training sessions.

Never seen one for sale. As far as I know the club still own all of them...