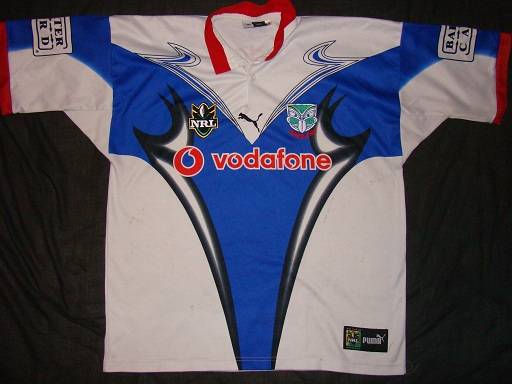 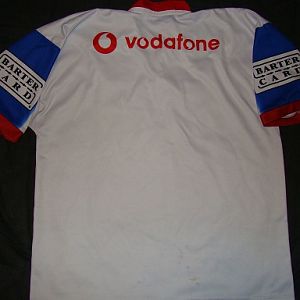 First season the Warriors logo's tongue is straightened. I believe that having it faced to the left was considered bad luck to Maori's. This would also be the last time the logo was green, blue and red

Warriors played in the same away jersey during the 2001-2002 season but the 2002 jersey had a Telstra badge attached. Unsure if they were sold to the general public with the Telstra badge.
Click to expand...
There are no comments to display.