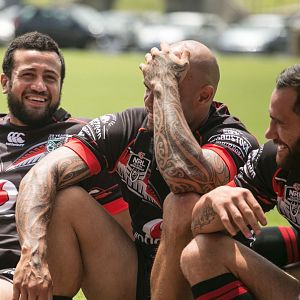 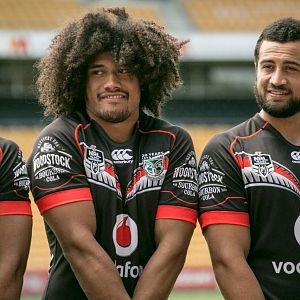 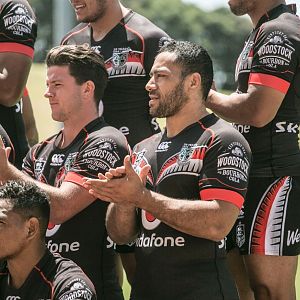 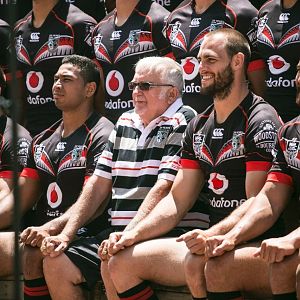 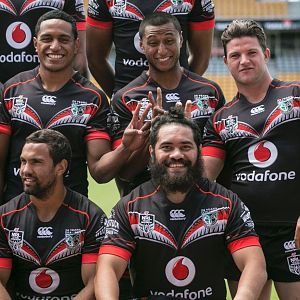 Warriors return to camp for some preseason fitness before the Christmas break. Been told that today will just be mainly testing ie weight, skinfolds, fitness, injuries, etc. Every player was given strict instructions before the break as to what their expected targets were in regards to their test results. Cappy isnt taking any BS this season.

This is the first bit of news out of the Warriors. If you come across any material then please post up as this thread and Recruitment is basically the only bit of news we get to break up the very loooong offseason...


If the campaign is extra-special for the club overall it’s equally so for head coach Andrew ‘Cappy’ McFadden as he begins his first full season in control after taking over the role in trying circumstances after five rounds of the 2014 NRL campaign.

Alongside him will be one his new assistant coaches Andrew Webster from Wests Tigers while his other newly appointed assistant Tony Iro has commitments with the Kiwis in the Four Nations tournament before returning to the club.

One of the new player signings – ex-Canberra centre-winger Matt Allwood – begins life as a Vodafone Warrior tomorrow but fellow recruits Ryan Hoffman and the just-announced Bodene Thompson are still on Four Nations duty with the Kangaroos and the Kiwis respectively and won’t join the squad for several weeks yet.

Other players also committed to the Four Nations are Kiwis Simon Mannering, Manu Vatuvei, Thomas Leuluai, Shaun Johnson, Suaia Matagi and Siliva Havili plus England’s Sam Tomkins and Toa...
Click to expand...
There are no comments to display.

Can view media items
Everyone