Sharks Thumb Their Nose At Nrl 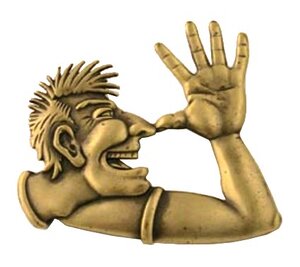 What is it with Cronulla and the Sharks players that seem to think they don’t need to answer to anyone?

Andrew Fifita and twin brother David are accused of threatening a referee at a junior football game over the weekend, which is disgraceful in itself. There appears to be numerous witnesses that heard Andrew make the threats and saw him physically restrained. I didn’t see the incident but if these allegations are proven then the NRL needs to hand down a severe punishment. There is absolutely no place for that behaviour in the sport, particularly at junior football and especially by someone who is an elite player with a public profile.

But on top of that the Sharks publicly thumbed their nose at NRL administration on Sunday evening in deciding to ignore blatant orders and play Fifita despite admitting there was some truth to the allegations. Fifita went on to act like the imbecile he often comes across as, giving away silly penalties, offering up cheap shots on opponents and annoying the referees before mocking the crowd that booed him as he left the field. If he had even a basic standard of discipline Fifita would be one of the game’s premier forwards but he constantly tries to play referees by simulating and getting involved in off-the-ball play that too frequently results in penalties against him.

Sharks chief executive Lyall Gorman seemed to confirm the allegations about abusing the match officials in the junior game were true at a media conference earlier in the day.

“The allegations are a great concern,” Gorman said. “There is no doubt our players have acted very inappropriately in letting themselves down, their teammates down, letting our club down and more importantly the whole game of rugby league.

“There is no doubt that some foul language was directed towards the match official.

“I’ve been emailed a copy of the referees report this morning.

“If the allegations are proven to be correct, we have a zero tolerance to any behaviour that attacks the role of referees at any level of the game.”

Despite making these statements Gorman refused to stand Fifita down from Sunday’s clash with the Bulldogs at Belmore Oval.

The NRL released a statement shortly before the game stating that if there was an admission of inappropriate language directed at a match official, the governing body would expect the Sharks to stand the player or players down. Fifita took the field less than hour later.

The Sharks have a habit of this sort of thing. They continued to play victims when ASADA launched a nearly two-year investigation into performance-enhancing drug use at the club. Their coach Shane Flanagan was banned by the NRL but continued to flout the rules around his suspension and has shown little-to-no remorse for his rather significant role in the scandal.

It is a club that quite clearly lacks strong leadership from its front office and lacks any humility when they make mistakes.

The NRL should take a strong stance against the Fifitas should these allegations prove to be true and any punishment handed down should add additional sanctions for the club failing to take appropriate measures to discipline their players when warned.

Discuss and interact with the author via the Twitter handle @playtheballnz