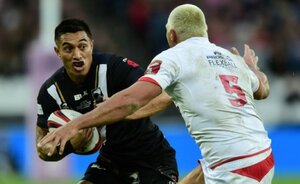 A couple of current Kiwi internationals and some veteran chargers feature on Part 2 of our top 50 list. Check out players 40-31.

40. Frank Paul Nuuausala – Had a couple of standout performances for the Raiders last year, delivering plenty of impact with his ferocious carries of the ball. His aggressive streak continues to be both his greatest strength and weakness in many ways, but ‘Frank Paul the Wrecking Ball’ is one heck of a scary customer. 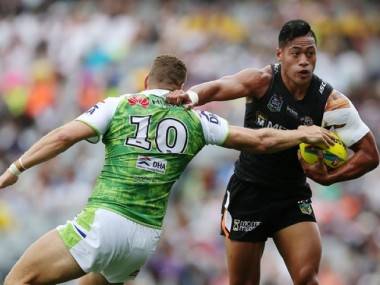 Tim Simona in action for the Tigers at the NRL Auckland Nines. Credit: photosport.nz

39. Tim Simona – Heading into his sixth season of first-grade footy the speedy Simona shapes as one of the Tigers’ key attacking weapons. Comes off a strong 2015 season which saw him included in the wider training squad for the Kiwis at the end of the year.

38. Antonio Winterstein – In the toughest year of his life – following the tragic loss of his 19-year-old brother Francis – Winterstein had one of his best seasons in the NRL as his Cowboys went all the way. He scored 16 tries across the season, and crucially was accurate on defence for North Queensland, making 102 tackles with only 11 misses in 26 games.

37. Jason Nightingale – Frequently selected for the Kiwis ahead of more dynamic wing options for a simple reason; Nightingale doesn’t let you down. Reads the defensive side of the game well, nails all the fundamentals and is still capable of the athletic finishes which are basically a prerequisite to being a winger in the NRL these days.

36. Steve Matai – One of rugby league’s most-feared hitmen in defence, despite his body appearing to cop more damage with every game he plays. Matai understands his role as a centre and has some classy touches out wide which have made him a fan favourite at Brookvale Oval.

35. Iosia Soliola – Returned to the NRL last year after five seasons with St Helens in the Super League and hardly missed a beat. His 36.6 average tackles and 101.7 average run metres not only made him a key member of the Canberra pack, but also an NRL Fantasy star.

34. Kenny Bromwich – Does a good job coming off the bench for Melbourne and delivering impact with his mobility and speed in attack. It’s hard to avoid living in your brother’s shadow when he is arguably the best prop in the world, but Kenny brings plenty to the contest in his own right and is highly-rated by Craig Bellamy.

33. Leeson Ah Mau – Continues to grow as an NRL player, finishing 2015 on a high with 11-consecutive games with over 100 running metres. The former Warrior has plenty of dynamic attributes and with just six errors and eight missed tackles in 25 games is an economical man in the middle for the Dragons.

32. Lewis Brown – With the interchange being reduced from 10 to eight, players like Brown will become even more valuable in 2016. He can play centre, hooker, second-row or lock confidently and just gets the job done every time. Is sitting right on the edge right now when it comes to Kiwi selection, but a good start at Manly could see him in the frame for the mid-year Test. 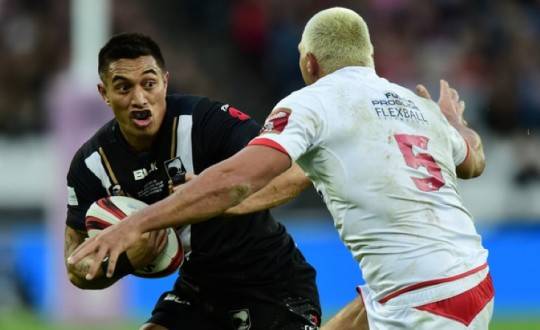 31. Dean Whare – Restricted to just 13 NRL games in 2015, Whare still managed six tries, seven line breaks and 15 offloads. His footwork makes him tough to tackle one-on-one, and he has refined his craft as a centre in recent years.