10 things Kidwell can’t blame us for 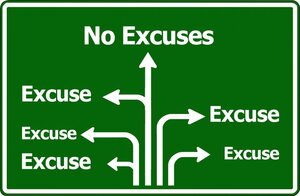 The Kiwis crashed out of the Rugby League World Cup with a limp 4-2 loss to Fiji on Saturday, and their coach David Kidwell and captain Adam Blair, seem to think it was the fault of fans and media.

In honour of that bizarre claim, here’s a list of 10 things which made the Kiwis’ World Cup campaign one of the worst tournaments in their history, none of which were caused by a fan or journalist. (Photo: NRLPhotos).

1: Force you to base your entire tournament around a philosophy of “Kiwi footy” which was basically just your team offloading lots and switching the ball, with poor completion rates. Very clever, David.

2: Make excuses every time you performed badly so there was no accountability in your team.

5: Miss over 10 per cent of your tackles against Fiji.

6: Get Jordan Rapana sin-binned against Fiji.

7: Cause you to leak five tries in a single half against Tonga.

8: Drop the ball 14 times against Tonga.

9: Tell you to make up stupid phrases like “make betters”, which irritated everyone when you weren’t performing.

10: Pick your 24-man squad or team each week.
About author